with our Customer Gallery or
Visit our Showroom

connect with an expert
designer

More Space Place designers spend nearly all their time evaluating private customer spaces to find the best and most efficient way of using the space to maximize organization and reduce clutter. So it came as no surprise when we heard about the UCLA study that included a finding confirming that mess in the home does indeed increase stress and anxiety.

Experts from UCLA’s Center of Everyday Lives of Families examined 32 middle-class families living in Los Angeles regarding their material culture and how those families interact with their possessions. And as it turns out, people can’t help but gravitate to and generate clutter. Researchers from CELF included consumer experts, sociologists, social archaeologists, anthropologists and economists. Accumulating hundreds of hours of interviews, family interactions and almost 20,000 photographs throughout the course of the study, researchers explored contemporary material culture for the first time and have published the findings in their book, Life at Home in the Twenty-First Century: 32 Families Open Their Doors. Of particular interest are the findings of how it increases stress.

According to this study, many people tend to develop a nostalgic attachment with objects, such as with children’s toys and mementos, making it much harder to eliminate and manage increasing clutter. Elinor Ochs, a Distinguished Professor of Anthropology at the University of California, Los Angeles involved with the study commented that when some individuals noticed and interacted with the clutter on a regular basis more than others in an effort to manage it, their cortisol levels were higher than those who did not notice and try to manage the clutter. “There’s a greater tendency to remark on the clutter if it bothers you, if you’re the one who’s responsible for tidying it up.”

Cortisol is the primary stress hormone produced by the body. It puts the body into a kind of low-grade fight or flight state. Long term overexposure to cortisol can disrupt almost every process within the body, increasing one’s risk of health issues, such as anxiety, depression, heart disease, weight gain and impaired memory, just to name a few.

Anthony P. Graesch Co-Author of Life at Home in the Twenty-First Century and Professor of Anthropology makes the point that clutter tends to happen because we don’t have a way of getting rid of things we don’t need. “We have many mechanisms by which we accumulate possessions in our home, but we have few rituals or mechanisms or processes for unloading these objects – for getting rid of them.”

The study also revealed that out of control clutter extended to every area of the home, not only to a few spaces. Children’s rooms, garages, and home offices were typical areas of clutter chaos, but so were refrigerators, laundry rooms and bathrooms. Areas of high “traffic” or use in the house, tended to be more cluttered than those areas that were used less for all-family use, such as master bedrooms.

In an age when everyone is so focused on finding ways to live their best and most successful life, it looks as if the old adage, “a place for everything and everything in its place” may be just as essential to a long and happy life as exercise and a healthy diet. It’s time to get organized! 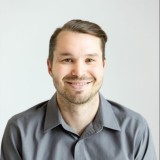